Carol was born 24th December 1960. Her primary school was St Mary's School, Rhyl, Wales. She attended Blessed Edward Jones High School, Rhyl, Wales before graduating from Sidney Sussex College, Cambridge with a Bachelor degree in Civil Engineering. Carol, with an IQ of 154, then went on to obtain a Masters degree in Engineering, and has since established herself as TV's most popular science and technology presenter.

There are 255 episodes of Countdown recorded each year. They are currently entering their 20th year of the programme.

Carol's great-grandfather has two butterflies, several insects, and even a worm named after him!

Carol's contract with Tomorrow's World was terminated in May 1995 after her appearance in a TV ad for Aerial soap powder.

Carol has also had a column in The Daily Telegraph and The Daily Mirror. She has had several books published including Dirty Loud and Brilliant (science experiments for children), How Mathematics Works and Carol Vorderman's Guide to The Internet. She has also had several Maths videos released.

She was involved in 'Year of Promise'. This was a 75-minute special screened on 17th October 1999 and there has been follow-ups during the year 2000. It is about making a difference in the year 2000 and basically being part of history. ITV called upon people to make their mark at a historic time. They asked everyone to keep a simple, heartfelt promise to take us positively into the new Millennium. Every promise counted, from the most modest and personal, to the grandly ambitious. Therefore, every individual, family, group, community and company may take part in the campaign. People may register as many promises as they like. It is the biggest campaign ever undertaken by a UK broadcaster. There was a whole day of network programming with regular coverage in every ITV region on Bank Holiday Monday 1 May 2000, which was ITV's Day of Promise. The whole day was devoted to bringing the campaign to its climax in order " to reflect and define the spirit of the time." ITV wanted as many people as possible to take part and indeed they say they will be making stars of people in the community as they reveal their own plans to make their mark on the future.

Carol herself made a promise, she aims to get 500 computers into children's wards in hospitals around the country so they don't miss out on schoolwork and are kept occupied.

Carol received an MBE from the Queens birthday honours list Yr2000.
Carol said of her MBE: "These are two consonants and a vowel i am very proud of." Carol collected her MBE just before Christmas that year.

Carol Vorderman is a very busy woman, yet according to the woman herself, she wouldn't have it any other way: "I am driven. Why, I don't know. But underlying everything is the fact that I love what I do. I fight hard for anything I'm involved in and to be the best it can be. I speak my mind - nicely! - and I'll always go the extra mile or ten."

Whatever the secret to her success (which according to one journalist is because, "She's attractive and personable and undoubtedly demands respect."), Carol's career has blossomed, especially in the last couple of years. She has remarked that this is down to her detox diet and healthy way of living resulting in her new figure and new found energy:

"I feel better now than I have ever felt. I have so much energy. I also feel confident about who I am. That's the great thing about turning 40 which I will this year - you don't get so hung up when things start sagging a bit." 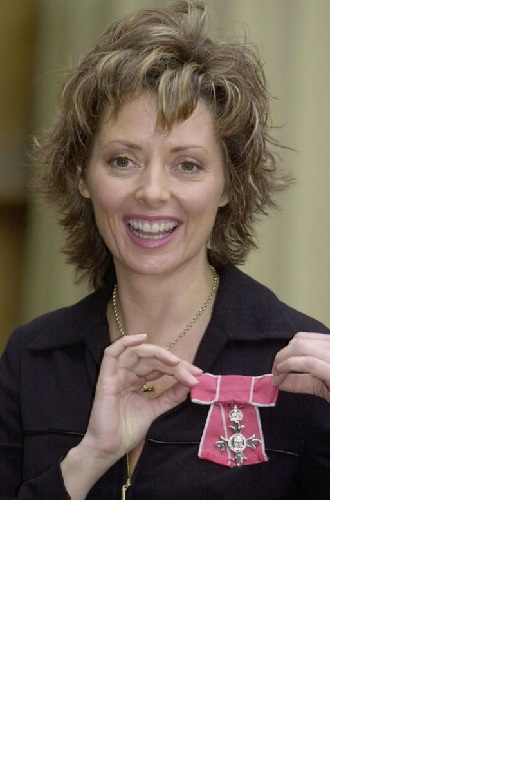