Jimmy Carter (James Earl Carter, Jr.), 39th president of the United States, was born Oct. 1, 1924, in Plains, Ga., and raised in Archery. He was the son of a farmer and businessman, James Earl Carter, Sr., and a registered nurse, Lillian Gordy Carter. During his 10 years in the Navy, Carter worked on nuclear-powered submarines.

After attending Plains public schools, Georgia Southwestern College, and Georgia Institute of Technology, he earned a bachelor's degree in 1946 from the United States Naval Academy. As a submariner, he served in both the Atlantic and Pacific fleets and rose to the rank of lieutenant. After being selected by Admiral Hyman Rickover for the nuclear submarine program, he attended Union College, where he studied reactor technology and nuclear physics, and served on the pre-commissioning crew of the Seawolf.

He married Rosalynn Smith of Plains on July 7, 1946. Upon the death of his father in 1953, he resigned his naval commission and returned with his family to Georgia. With Rosalynn, he operated Carter's Warehouse, a seed and farm supply company in Plains. Serving on county education boards, hospital authority boards, and library boards, he quickly became a community leader. He was elected senator of Georgia in 1962. On Jan. 12, 1971, he became Georgia's 76th governor after losing his first gubernatorial campaign in 1966. During the 1974 congressional and gubernatorial elections, he was the campaign chairman for the Democratic National Committee.

Jimmy Carter served as president from Jan. 20, 1977, to Jan. 20, 1981. There were many important achievements made by his administration related to foreign policy, including the Panama Canal treaties, the Camp David Accords, the peace treaty between Egypt and Israel, the SALT II treaty with the Soviet Union, and the establishment of diplomatic relations between the United States and China. In all the countries around the world, he championed human rights. As for the domestic side of the administration, it was credited with creating a comprehensive energy program which was administered by a new Department of Energy; deregulating energy, transportation, communication, and finance; establishing major educational programs under a new Department of Education; and enacting major environmental protection laws, such as the Alaska National Interest Land Conservation Act.

Mr. Carter is the author of 23 books, many of which are now in revised editions:

Emory University in Atlanta, Ga., appointed him University Distinguished Professor in 1982, and he founded The Carter Center. A nonpartisan and non-profit organization, the Center addresses national and international public policy issues. Carter Center fellows, associates, and staff discuss conflict resolution, democracy promotion, human rights protection, and disease prevention. The Center advances health and agriculture in developing countries through its Global 2000 programs. As a result, Guinea worm disease will become the second disease in history to be eradicated.

Rosalynn Carter and Jimmy Carter volunteer one week a year for Habitat for Humanity, an organisation that renovates and builds homes for people in need in the United States and abroad. In addition to teaching Sunday school, he is a deacon at Maranatha Baptist Church of Plains. His interests include fly-fishing, woodworking, cycling, tennis, and skiing. There are three sons, one daughter, eight grandsons, three granddaughters, and one great-grandson in the Carter family.

The Norwegian Nobel Committee awarded Mr. Carter the Nobel Peace Prize for 2002 "for his decades of tireless efforts to find peaceful solutions to international conflicts, advance democracy and human rights, and promote economic and social development.".

Over the course of his life, Jimmy Carter has received many accolades. These include the Presidential Medal of Freedom in 1999 and the Nobel Peace Prize in 2002. To this day, Jimmy Carter continues to receive notable awards. He was awarded the Grammy Award for Best Spoken Word Album in 2007, 2016 and 2019. Additionally, Carter has received multiple honorary degrees from American and international universities. 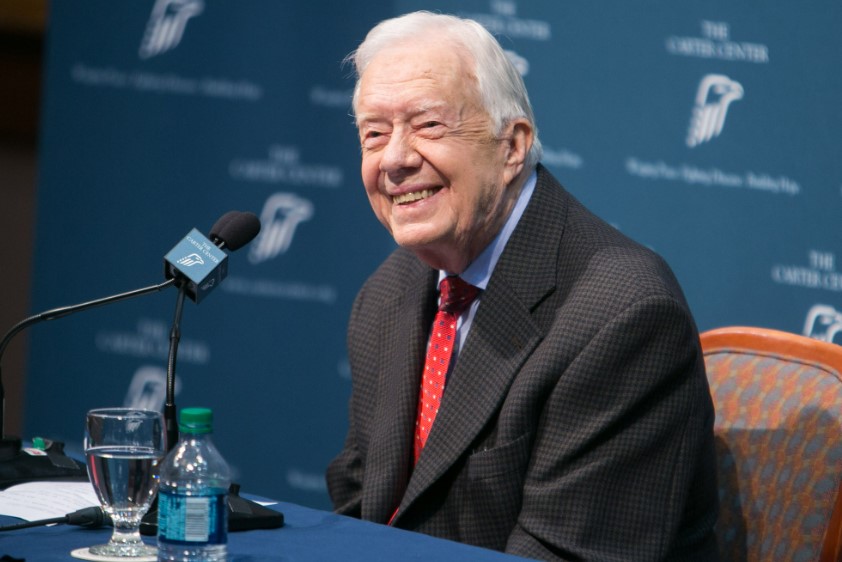 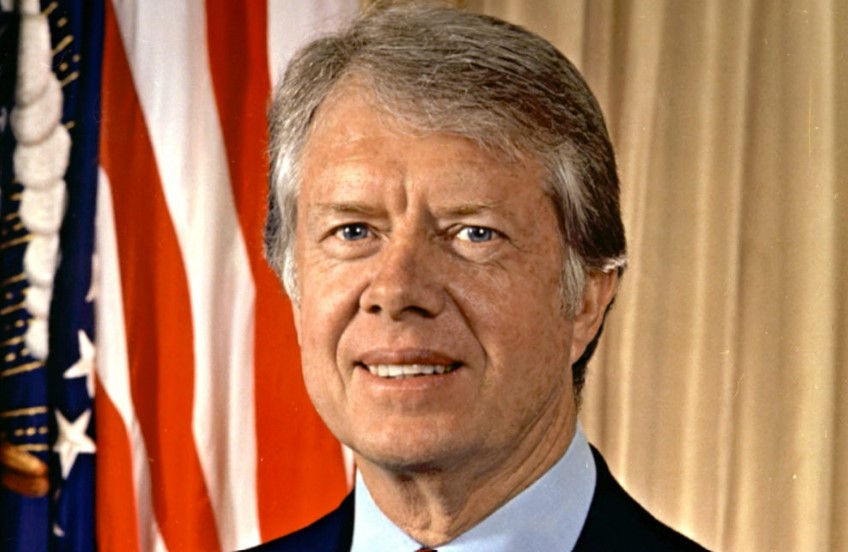 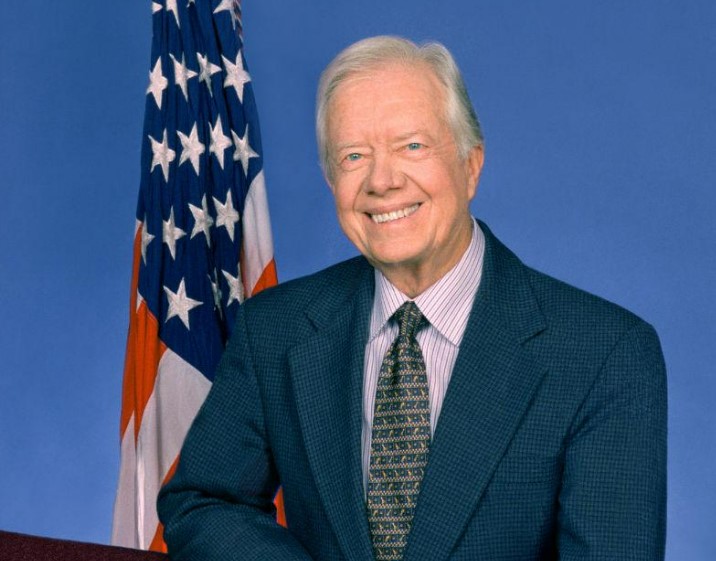