The Emergence of AI Chat

Next Generation of AI Chatbots

Artificial Intelligence (AI) engines have rapidly developed in recent years, and 2022 has been a breakthrough year for the technology thanks in large part to ChatGPT-3. The OpenAI chatbot became the hot topic as suddenly AI was accessible to all, with its potential exploding into the public arena.

Advances in machine learning algorithms and the abundance of data available on the internet have contributed to the development of powerful AI engines that can mimic or imitate the cognitive functions of the human mind.

So how do AI engines work?

The detail is in the algorithms which have made it possible to train large, sophisticated models on large amounts of data. Machine learning is a branch of artificial intelligence that involves training computers to learn from data and make predictions or decisions without being explicitly programmed. One of the key components of machine learning is the algorithm, which is a set of instructions that the computer follows to learn from the data.

ChatGPT is an interactive chatbot built on OpenAI’s GPT-3 large language model. You can ask it for inspiration for your college essay, get it to write poetry, create marketing content, write computer code, and much more. The list is seemingly endless. If you haven’t tried it then sign-up here, it’s free for now but this will almost certainly change.

What other AI Chat bots exist?

We’ve been checking out other emerging AI chatbots and here are some of the most interesting that we think you should play around with:

Where to learn more about AI? 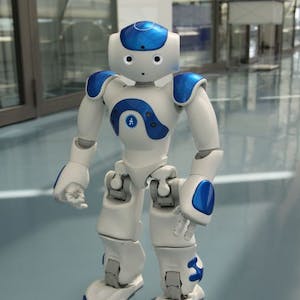